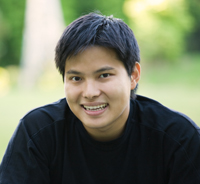 Men who have never smoked are more likely to die from lung cancer than women, as are Asians who live in Asia compared with individuals of European decent. An international team of investigators drew these conclusions from an analysis of 13 prospective studies that involved 63,000 individuals for tracking lung cancer occurrence and 1.8 million for mortality. They also tracked incidence rates in women in 22 cancer registries covering populations where smoking is rare in females.
The study did not find evidence of a greater risk of lung cancer in women compared to men but did observe greater incidence rates in Asian women living in Asia compared to other women; more research would be needed to clarify to what extent the excess risk is attributable to environmental causes. There was no evidence of increasing risk over time in the absence of smoking.
Among individuals of European decent, the cumulative risk of lung cancer by age 5 years as 1.1% for men and 0.8% for women. These compare to cumulative risks of 22.1% and 11.9% in male and female smokers, in the absence of other causes of death. These figures confirm that lung cancer would be a rare disease in the absence of smoking. It would, however, remain as common as other highly lethal cancers, such as cancer of the pancreas or brain.

Your ticket for the: Gender and Ethnicity Influence the Risk of Dying from Lung Cancer in Non-Smokers