FAQ on TCM for Cancer Treatment 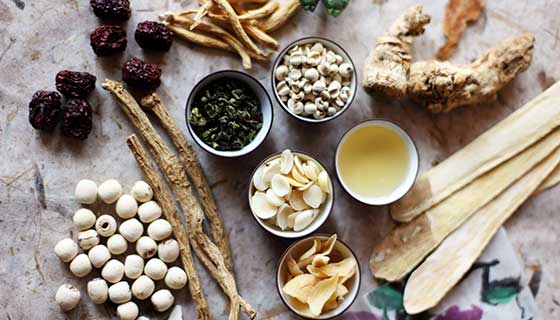 Cancer is the leading cause of death in China, with over 2.8 million deaths annually and over 4.2 million new cases each year. Traditional Chinese Medicine (TCM) has been practiced for thousands of years. It’s understanding of cancer was fundamentally different from the modern concept of cancer. Opportunities and obstacles are facing the modernization of TCM…
Are TCM drugs accepted in the West?
In the West, TCM was initially viewed as “alternative medicine” rather than mainstream. The primary reason is a lack of rigorous scientific testing within the context of clinical trials, to demonstrate TCM’s effectiveness. These trials are necessary for treatments to gain approval from regulatory agencies, and non-approved treatments are considered outside the mainstream.
What’s the current trend of the internationalization of TCM?
The internationalization of TCM is following a two-sided approach. On one hand, TCM is becoming more thoroughly understood, and its procedures are becoming modernized within China. At the same time, Western medicine is beginning to recognize the value of these techniques, and doctors are becoming more comfortable developing “integrated treatment plans” for patients, relying on both Western and Traditional Chinese Medicine. Eventually, these two trends will converge into a globalized practice.
Is there any TCM cancer research done in the West?
Yes, there is a great deal of interest at the highest levels of cancer research in the West to see these TCM clinical trials conducted. In 1991, the U.S. government established what is now known as the National Center for Complementary and Integrative Health as part of the NIH. The goal of this center is to investigate alternative and complimentary approaches to medicine – including TCM – using rigorous scientific methodology. In addition, top U.S. cancer centers including Memorial Sloan Kettering Cancer Center in New York and MD Anderson Cancer Center in Houston, TX, have dedicated centers for integrative medicine, where leading oncologists are regularly incorporating TCM and other techniques into their treatment plans for patients. So the trend is very much towards acceptance in the West.
What are the obstacles facing the internationalization of TCM cancer drugs?
There are a number of obstacles facing the internationalization of TCM, but the main one is ensuring that TCM formulas are prepared in a way that is consistent and reproducible, so that they can endure rigorous scientific testing.
Chinese herbal medicines are typically prepared by combining a variety of ingredients, and this makes it challenging to produce consistent preparations. In the context of a clinical trial, inconsistent preparations amount to an uncontrolled variable, which can cause the medicine to produce different results in patients. Additionally, any impurities in the preparation could cause undesired side effects. Overcoming this challenge is the key to success in producing Chinese herbal remedies for clinical use.
What’s AFCR’s vision on the internationalization of TCM?
AFCR’s vision for advancing TCM cancer drugs begins with high quality research: conducting preclinical studies, using highly standardized research materials and protocols, and performing rigorously monitored clinical trials according to the internationally recognized standard, the Good Clinical Practice (ICH-GCP).
Are there TCM cancer drugs that can potentially become accepted treatments outside of China?
Yes. In his lab at Yale University, AFCR scientific advisory board member Dr. Yung-Chi Cheng has worked for years to achieve consistent preparations of PHY906, a TCM formula developed based on an ancient herbal recipe Huang Qin Tang. PHY906 is a mixture of Chinese peony, Chinese jujube, Chinese licorice and Baikal skullcap. Once the problem of consistent preparation was solved, Dr. Cheng was able to demonstrate that PHY906 effectively reduces the side effects of chemotherapy for colon cancer patients in early-stage clinical trials, and may also improve the efficacy of chemotherapy as suggested by results from laboratory testing. Based on those results, PHY906 is now being evaluated in two separate Phase II clinical trials – as an adjunct to the chemotherapy agent irrinotecan (Camptosar®) for colorectal cancer patients, and in combination with the drug Sorafenib (Nexavar®) in patients with liver cancer. PHY906 is on track to become one of the first FDA-approved oral herbal medicines for cancer treatment.
The technology developed in Dr. Cheng’s laboratory could be useful as a platform for upgrading the research and development of other herbal medicines. Importantly, this breakthrough represents a paradigm shift in the way the cancer research community thinks about traditional Chinese medicine, opening minds – and the field of cancer research – to new approaches to treating cancer using these ancient medicines.
What TCM cancer treatments will AFCR recommend to cancer patients?
AFCR is not a cancer treatment institution, nor do we provide any clinical or treatment recommendations to patients. Patients need to consult their doctors for any medical or treatment advices.
TCMTraditional Chinese Medicine

Your ticket for the: FAQ on TCM for Cancer Treatment

FAQ on TCM for Cancer Treatment