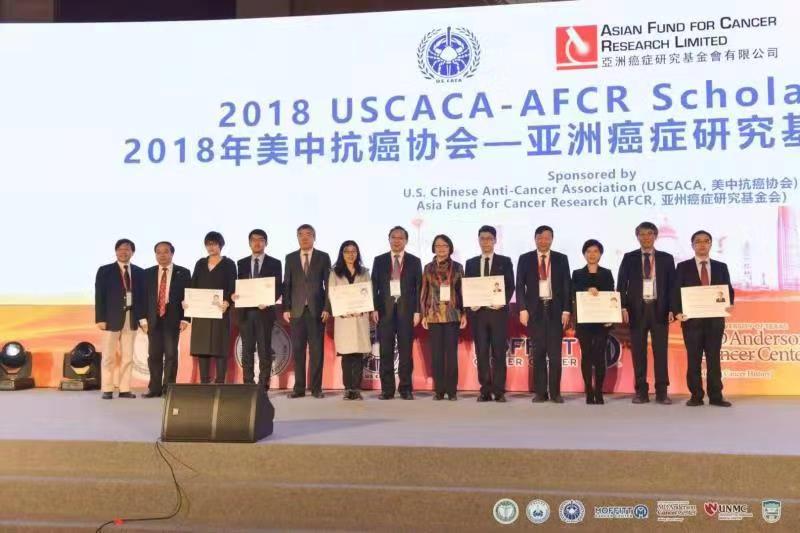 The Asian Fund for Cancer Research and the US Chinese Anti-Cancer Association have jointly awarded six outstanding Chinese cancer researchers in the early stage of their careers with the 2018 USCACA-AFCR Young Investigator Award. Scholars will each receive a certificate for the Award and a cheque in the amount of U.S. $1,000 in a 17/11/2018 ceremony in Tianjin, being held during the Third International Convention on Cancer Translational Research.

Chinese researchers and physicians are being increasingly recognized for making significant contributions to advance biomedical science, including cancer research in China and throughout the world. This year, AFCR has joined with USCACA in selecting six outstanding young individuals being recognized and rewarded for excellence in basic or clinical cancer research. The two organizations are proud to introduce the winners of the 2018 USCACA-AFCR Young Investigator Award:

These six awardees have been invited to contribute short essays which summarize their achievements in cancer research. As illustrated in their writings, these outstanding young scholars have received excellent training under their mentors in the U.S., have made impressive discoveries in demonstrating mechanisms underlying the causes and progression of human cancers and are engaged in the search for new approaches to improve treatments for cancer patients.

Your ticket for the: 2018 USCACA-AFCR Young Investigator Award