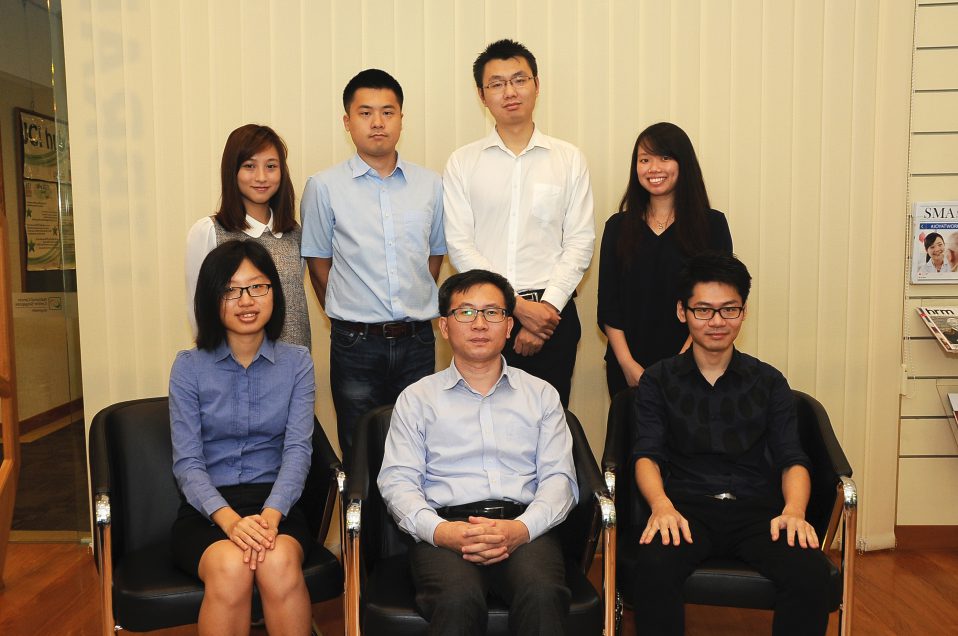 The “Ras/Raf/MEK/ERK pathway” is a mouthful. Oncologists will tell you the same thing. But behind the long phrase is an important field of cancer research—one in which Jiancheng Hu, Ph.D., a scientist supported by the Asian Fund for Cancer Research since 2017, is a renowned expert.

Ras is a family of related proteins that is expressed in all animal cell lineages and organs. Raf, MEK and ERK are differing types of specialty enzymes known as kinases. Together, the chain they form is biologically vital, even if, as when operating normally, ordinary—regulating gene expression and playing a key role in cellular survival, proliferation and differentiation. Ordinary, that is, until something goes wrong.

“Cancer is a group of diseases in which malignant cells proliferate without control, invade and destroy organs, and, finally, kill patients,” explains Dr. Hu, head of the National Cancer Centre Singapore’s Laboratory of Cancer Signaling. “The hyper-activation of the Ras/Raf/MEK/ERK pathway directly drives the over-proliferation of cancer cells and contributes to disease progression in over 80% of cancers.”

Among Dr. Hu’s group’s most recent activity has been utilization of CRISPR, a family of DNA sequences found within the genomes of organisms such as bacteria. The so-called CRISPR method is based on a natural process which bacteria use to defend themselves from viruses. Like any organism, bacteria have an immune response, and when this response detects viral DNA, two RNA chains are created, one of which matches the genetic sequence of the invader. These two RNA strands form a complex with a protein called Cas9 that can cut DNA.

“The CRISPR-Cas9 system has recently been modified and applied to mammalian gene editing,” notes Dr. Hu. “We are using it to tag Raf molecules. By this way, we can purify and characterize elements of Ras-mutated cancers, which will provide us a conceptual framework to develop novel approaches for cancer therapy.”

Such efforts are in line with our organization’s mission to better enable world-class cancer research in Asia.

“The Asian Fund for Cancer Research has given great support to our research over the last two years,” Dr. Hu says. “With its funding, we have unraveled the unique molecular mechanism that mediates the signal-transduction in the Raf/MEK/ERK kinase cascade, and further developed some inhibitors that might become novel drugs with better efficacy than the current generation of Raf/MEK inhibitors for cancer therapy. In addition, AFCR has also introduced our works to the worldwide cancer community, which enables us to have more opportunities for collaboration and additional support.”

Your ticket for the: The Pathfinder