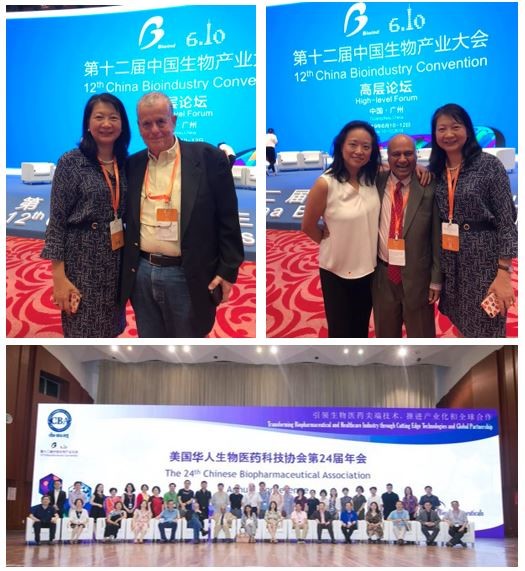 The Asian Fund for Cancer Research was well-represented at the 24th Chinese Biopharmaceutical Association (CBA) Annual Conference, held 10 and 11 June 2019, in Guangzhou. The event, conducted in conjunction with the 12th China Bioindustry Convention, included some of the most highly respected biotechnology and pharmaceutical industry companies, institutions and figures from China, the United States and elsewhere.

Sujuan Ba, Ph.D., AFCR’s founder and CEO, is herself a former CBA president—an honorary position elected by the organization’s members and retained for one year. In addition to attending the event, she personally invited and secured the participation of three of the CBA Conference’s speakers, including its opening keynote provider: 2004 Nobel Prize Laureate Aaron Ciechanover, Ph.D., of the Technion-Israel Institute of Technology.

The discovery by Dr. Ciechanover and two of his research partners of ubiquitin-mediated protein degradation has had tremendous impact in the field of cancer research. Essential biochemical processes such as cell division and DNA repair are governed by the mechanism, which, when working incorrectly, has been shown to cause cervical and other forms of cancer.

Dr. Kucherlapati will also be serving as a judge for AFCR’s inaugural BRACE Award Competitions at the end of this summer.

Your ticket for the: Making the Right Connections