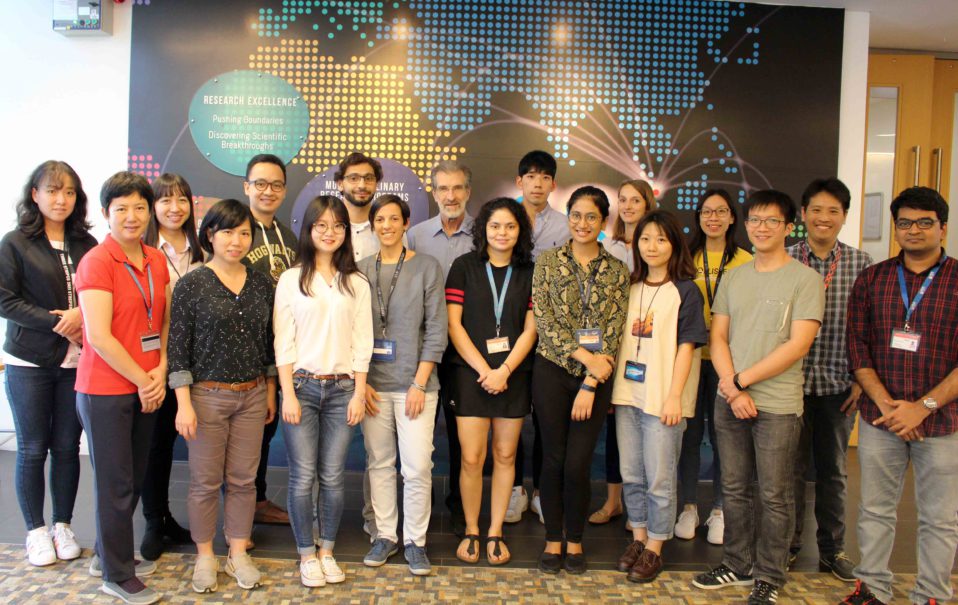 “I love science. And I love the science of cancer, because it is often normal processes gone wrong,” says Daniel G. Tenen, M.D., a researcher supported by the Asian Fund for Cancer Research since 2018. “That makes it more difficult, but also more challenging and more interesting.”

That can-do attitude is going to come in handy because Dr. Tenen, director of the Cancer Science Institute of Singapore, is taking on one of Asia’s most virulent killers. Hepatocellular carcinoma (HCC) is the most common form of liver cancer, the sixth most common cancer type in the world and the leading cause of cancer-related death in Asia. Prognosis for patients with the disease is grim, with a 0.9 ratio of mortality to incidence. But unlike many other researchers, Dr. Tenen is not focused on the genetics of the disease—but rather its epigenetics.

Epigenetics is the study of gene activity that does not involve a change in the primary sequence of the DNA. It is not about the mutations to genes that form the basis of many maladies, cancer included, but rather the manner in which cells “read” genes.

An example of an epigenetic condition is the over or underproduction of certain enzymes and other proteins. Neither is changed biochemically—and the DNA instructing their production has not changed—but because of the corruption of genetic signals, the levels of such molecules in the body may become radically altered, often leading to deleterious results.

Epigenetics’ relationship to cancer is both complex and critical. Advances made by Dr. Tenen and his lab in understanding and acting upon this dynamic could hold keys to new and better treatments.

“One thing that happens, not only in HCC liver cancer but many cancers, is that there are genes that are called tumor suppressors,” Dr. Tenen explains. “These are the genes involved in controlling cells’ growth in normal processes. But in cancer they are often turned off.”

“One way cancer turns them off is by an epigenetic change in which the DNA sequence of the tumor suppressors does not change but gets ‘methylated,’” he demonstrates. “A chemical group called methyl is added to the DNA, and that will result in the tumor suppressor not being expressed. And when the suppressor isn’t expressed, the cancer can grow more out of control.”

RNA, which is a single chain of nucleotides as opposed to the paired chain found in its cousin, DNA, is also an epigenetic target. Dr. Tenen explains that he and his team are in early AFCR-supported research involving aptamers, pieces of RNA, which can make a structure resembling a drug. Laboratory demonstrations of a technique he has been exploring with aptamers have shown promise in the reversion of features of cancerous liver cells back to those of noncancerous ones.

“I hope that by doing this science, I will help develop at least one drug that is useful to people,” Dr. Tenen concludes. “It would be fantastic to turn a discovery into something important that could actually help people.”

Fantastic to say the least. And AFCR shares in this epigenetic research pioneer’s hope, and stands alongside him and the other groundbreaking cancer scientists supported by the organization. Their efforts in labs and clinics will better patients’ lives.

Your ticket for the: EPItome of Progress