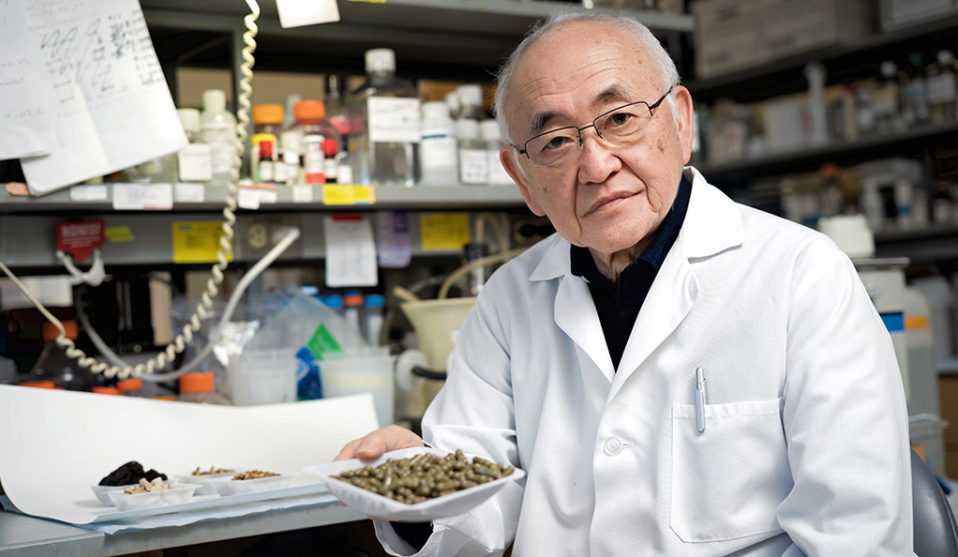 More than 20 years ago, Yale pharmacology professor Yung-Chi Cheng, a leader in drug development for hepatitis B, cancer, and HIV, had a radical idea: What if he could unlock the therapeutic potential of ancient Chinese medicines for treating cancer? What if he could design botanical drugs that would make traditional cancer treatments work better?

No one had done it before. The Food and Drug Administration didn’t even have a process in place for approving multi-ingredient botanical drugs, and wouldn’t until 2004, when the agency released botanical drug-specific guidelines.

Now, in a landmark moment in cancer research, Cheng and research partners are launching the first international clinical trial for a botanical drug, YIV-906. The trial, involving patients with liver cancer and hepatitis B, will take place at 20 institutions across the United States, China, Taiwan, and Hong Kong. Lead sites include Memorial Sloan Kettering and Northwell Health Cancer Institute in New York, Taipei Medical University, the National Cancer Center of China, and Queen Mary Hospital in Hong Kong.

“He is a pioneer,” said Jon Soderstrom, managing director of Yale’s Office of Cooperative Research, who began advising Cheng in 1996. “He is Lewis and Clark going into the Pacific Northwest without a map. By the sheer force of his personality and his empirical results, he made people pay attention to this space.”

Major drug companies are watching Cheng’s progress from the sidelines for now, said Shwu-Huey Liu, who began working in Cheng’s Yale lab as a postdoctoral researcher in 1993, when his focus was on antivirals and traditional anticancer drugs. “They monitor us and come to meetings,” she said, “but until we get approved, big pharma is not going to jump in.”

Today Liu is cofounder and chief scientific officer of Yiviva, Cheng’s biotech company, which is developing YIV-906. Combining Chinese and Spanish words, Yiviva translates as “long live medicine.” It’s a fitting slogan for a company that has resurrected an 1,800-year-old formula for stomach ailments to help fight cancer.

Your ticket for the: Ancient Chinese medicine unlocks new possibilities for cancer treatment