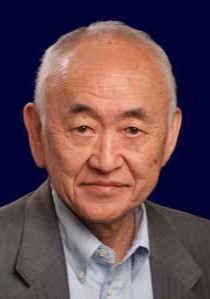 Dr. Yung-Chi Cheng received his B.S. in chemistry from Tunghai University in Taiwan and his Ph.D. in biochemical pharmacology from Brown University. He then performed his postdoctoral work at Yale University from 1972 to 1974. Upon completing this work, Dr. Cheng joined the faculty of the Roswell Park Memorial Institute in Buffalo, NY and worked there until 1979.

Dr. Cheng was a professor at the University of North Carolina (UNC) at Chapel Hill and became the Director of the Developmental Therapeutics Program at UNC’s Cancer Center. In 1989, he returned to Yale University as the Henry Bronson Professor of Pharmacology and Director of the Developmental Therapeutics Program of the Yale Comprehensive Cancer Center.

Dr. Cheng is a member of the Board of Scientific Counselors of the Division of Cancer Treatment for the U.S. National Cancer Institute, the AIDS Research Advisory Committee for the U.S. National Institutes of Health (NIH), the Board of Directors for the American Association for Cancer Research and a member and Chairman of the Therapeutic Study Section at NIH. He was elected as a Special Advisor to the Committee for the Biotechnology Industry in Taiwan and was Chairman of both the Action Committee for Medical Biotechnology at Academia Sinica and the Biopharmaceutical Division of Scientific Counselors for the National Health Research Institute in Taiwan. Dr. Cheng has also provided advice on biomedical science research funding for the government in Hong Kong and served as a consultant for many pharmaceutical firms. He is the scientific founder of two biotechnology companies spun out of Yale University.

Throughout his career, Dr. Cheng has received many honors and awards, including a Leukemia Society of America Scholar Award, the Rhodes Memorial Award from the American Association for Cancer Research, an Outstanding Investigator Award from the National Cancer Institute, Outstanding Alumni Awards from Tunghai University and Brown University, an Outstanding Investigator Award in Bio-Medical Science from the Society of Chinese Bioscientists in America and the American Society of Pharmacology and Experimental Therapeutics Award.

Dr. Cheng has also been on the editorial or advisory boards of many scientific journals, including Virus Genes, Cancer Communications and the Chinese Journal of Pharmacology & Toxicology. He also serves as Chairman of the Consortium for Globalization of Chinese Medicine (CGCM).

Your ticket for the: Yung-Chi Cheng, Ph.D.