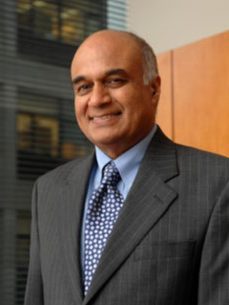 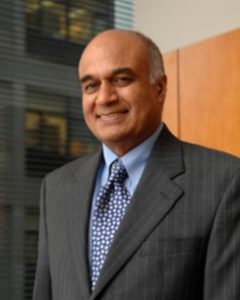 Dr. Kucherlapati contributed to several different areas of research. These include gene targeting and homologous recombination, human gene mapping, and generation of physical maps of the human genome with special emphasis on human chromosome 12, development of techniques to modify genes in mammalian cells and in cloning many human disease genes He was a member and Chair of several review committees at the NIH, was a member of the National Advisory Council for Human Genome Research at the National Human Genomics Research Institute, and was a co-chair of the steering committee for the National Cancer Institute’s Mouse Models for Human Cancer Consortium. He served on the editorial board of the New England Journal of Medicine and was editor in chief of the journal Genomics. He is a fellow of the American Association for the Advancement of Science and a member of the National Academy of Medicine. Dr. Kucherlapati was a member of the Presidential Commission for the Study of Bioethical Issues during the Obama administration.

Dr. Kucherlapati was a Founder of several biotechnology companies including Cell Genesys, Abgenix (acquired by AMGEN) and Millennium (acquired by Takeda). He serves on the Boards of several privately held biotechnology companies and is a Board member of a publicly traded company called Puretech Health that trades on the London Stock Exchange. He has been active in promoting Precision Medicine in China and is the co-Chair of the International Cancer Precision Medicine Conference that just held it fourth annual meeting in Chongqing.

Your ticket for the: Raju Kucherlapati, Ph.D.