What Causes Cancer? Genes Vs. Environment

Scientists have long been trying to sort out all the genetic and environmental factors that influence cancer risk. Indeed, the nature-versus-nurture debate has been waged for decades. Now a study published in the July 13, 2000 issue of the New England Journal of Medicine provides some answers to the underlying question: Is biology destiny? 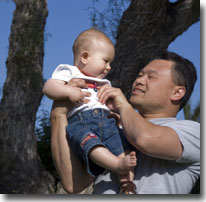 Researchers studied 44,788 pairs of twins from Sweden, Denmark, and Finland to tease out the roles of genes and environmental influences in the cause of 11 common types of cancer. Overall, the data show that 58 to 82 percent of risk in the 11 types of cancer was attributable to environmental influences not shared by both twins. The researchers concluded that genes actually play a relatively minor role in most cancers: Environmental factors are the principal determinants of who gets cancer.

These results are similar to the conclusions of previous research, according to an editorial that accompanied the study. For example, breast cancer rates among women who have recently immigrated to the United States from rural Asia are similar to those among women in their homelands. These rates are approximately 80 percent lower than those among third-generation Asian-American women, who have rates similar to those among white women in the United States. This suggests a strong impact of the environment on cancer risk.

In addition, data comparing cancer incidence among identical twins (twins with identical genetic makeups) show that the rate of concordance is usually less than 15 percent. In other words, the likelihood is low that a cancer in one twin will also develop in the other.

In the New England Journal of Medicine study, genes did play a significant role in breast, colorectal, and prostate cancers, contributing 27, 35, and 42 percent of the risk, respectively. But, according to the researchers, genes alone cannot be fully responsible for these relatively high risks, suggesting that there are still major holes in our current understanding of the genetics of cancer.

This may help to explain why the discovery of over 25 so-called cancer genes (for example, the BRCA1 and BRCA2 breast cancer susceptibility genes) has been met with ambivalence. On the one hand, there are those who are optimistic, viewing the identification of these genes as a step toward eliminating cancer: “If we know what and where the genetic defects are, we can fix them!” On the other hand, there are those who are pessimistic, viewing the discoveries with fatalism: “If my mom or dad gets colon cancer, I’ll get colon cancer.” The data presented in the New England Journal of Medicine clearly dispel the pessimistic point of view. And, even if the optimists are too hopeful about “fixing” genes, the fact that environment has a stronger influence on cancer risk than genes means that we can lower our cancer risk by controlling lifestyle-related contributors, such as diet and smoking, as well as infectious, reproductive, and other environmental factors.

It may just be that the nature-versus-nurture debate is now obsolete. Ultimately, genetic and environmental factors interact with one another to determine cancer risk, and we now know that biology is not destiny. The future lies in researching new ways to manipulate both genes and environment to help us control cancer.

Your ticket for the: What Causes Cancer? Genes Vs. Environment

What Causes Cancer? Genes Vs. Environment