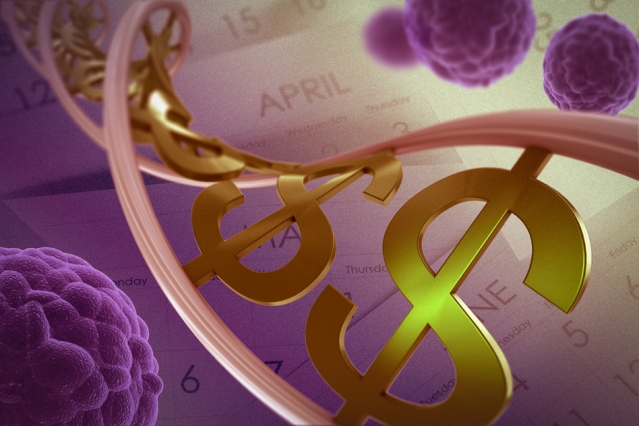 Esophageal cancer (EC) is one of the most deadly cancers worldwide, with five –year survival rates of only around 10%. The highest incidence of a type of EC called esophageal squamous cell carcinoma or “ESCC” is among the Chinese. In fact, in certain regions of China, ESCC is the most deadly cancer.  In these regions, such as the Henan region, studies show the incidence of ESCC is up to 121 individuals per 100,000 people and that the cancer clusters in families, indicating ESCC has a strong genetic susceptibility.

However, many times ESCC patients do not have any symptoms at early stages of the cancer, and are only diagnosed late in the progression of this deadly cancer. Therefore, biomarkers and screening programs aimed at high risk individuals for early diagnosis are urgently needed for identifying patients with early stage disease and improving their chance of survival.

ESCC has a strong genetic susceptibility and can be present in multi-generations of some families. Previous molecular studies have identified molecular alterations in some genes, including a well-known breast cancer gene, BRCA2, in families that have ESCC. However, despite these initial efforts to identify candidate gene abnormalities, the underlying genes that contribute to the high risk in families with ESCC are unclear.

Moreover, the current screening for people for ESCC is through a laborious visualization of the cancer cells through the use of flexible instruments that can be inserted into the esophagus. This method requires skilled doctors to perform the testing and is more uncomfortable than other testing methods.

To address this critical problem in one of the most deadly inheritable cancers in China, AFCR is supporting Professor Maria Li Lung from the University of Hong Kong, a leading researcher in cancer genomics, particularly in ESCC and nasopharyngeal (nose and upper throat) cancer. Professor Lung is currently the director of a consortium of basic and clinical scientists studying nasopharyngeal cancers and has group collaborative efforts on esophageal cancers.  To identify genetic underpinnings of ESCC, Professor Lung has assembled a superb team of cancer genomic scientists who have been researching ESCC for many years. The team of experts will utilize simple blood samples from ESCC patients in the Henan region of China, including patients whose family history indicates other relatives have had the cancer.  From the blood samples, the researchers will use the most advanced technology of next-generation sequencing or “NGS” to identify mutations in disease susceptibility genes for inherited ESCC. Professor Lung believes that using the high throughput and time-saving tool of NGS with blood samples from ESCC patients is a golden opportunity to efficiently determine gene mutations related to this cancer.

After obtaining a comprehensive set of cancer panel genes, Professor Lung’s team will further validate the genes in a larger group of patients with inherited ESCC.

From her expertise in EC and nasopharyngeal cancer, Professor Lung believes that mutations in a panel of genes that are commonly involved in cancers, in addition to mutations in “repair genes” which can no longer do their normal task of “mending” mutated genes, may increase the risk of inherited ESCC.  After the careful analysis of their results, Professor Lung’s team will translate their findings into identifying biomarkers that could be used to detect the cancer earlier in people who live in the high risk regions of China and build prevention programs for those individuals who are at high risk to develop ESCC.

NEW – Prof. Lung has already made exciting progress, which will grant her a larger sample size and make it easier to detect genetic variations for early cancer screenings.  The success of this research could allow doctors to identify patients with early stage esophageal cancer, which will significantly improve patients’ survival chances and their quality of life.

AFCR has committed additional funding to Prof. Lung for expanding the scale of her project,so we can bring important breakthroughs to people suffering with esophageal cancer, sooner rather than later.  To join us in supporting Prof. Lung’s life-saving research, click here.

By understanding the molecular abnormalities of inherited ESCC, Professor Lung aims to identify biomarkers for use in screening tests to determine the presence of early stage ESCC in patients or those individuals who are at risk to develop it.  Personalized risk prediction models can be developed. Biomarkers can also be used as therapeutic targets and improved treatment options or strategies can be implemented.  Professor Lung envisions that a simple blood screening test for early detection of esophageal cancer can be the fruits of her team’s research.  Earlier detection of ESCC, as with all cancers, will result in improved survival.  Saving lives through advanced genomic research is the hope of Professor Lung and her team.

Your ticket for the: Esophageal Cancer Research