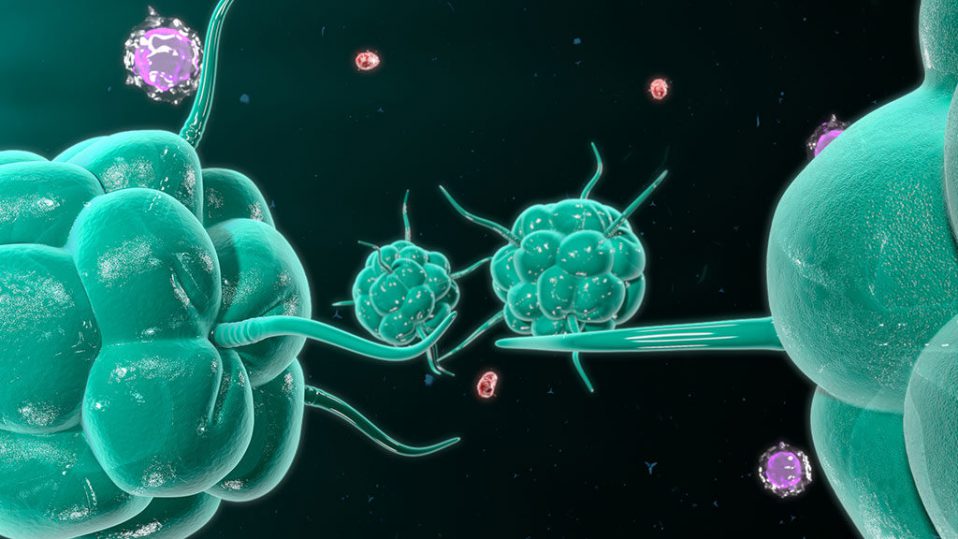 Ovarian cancer (OvCa) remains the most lethal gynecological malignancy with 225 thousands new cases and 140 thousands deaths each year in the world. The estimated incidence of ovarian cancer is increasing among the Chinese women: it has increased by 30% in the last 10 years and the mortality rate has increased by 18% with 15,000 deaths each year. The current standard of care consists of radical surgery and platinum-based chemotherapy. Unfortunately, the 5-year survival rate for advanced OvCa patients is only 30-40%, and acquired resistance to platinum is considered a major factor in disease relapse.

Finding effective therapeutic approaches for advanced OvCa patients is an unmet clinical need. Patients are in dire need of treatments that will continue to work on their cancer instead of becoming resistant and ending the lives of so many women, too soon.

AFCR is funding a renowned cancer genomics researcher, Professor Wei Zhang, at the MD Anderson Cancer Center in the US and his collaborators at Tianjin Medical University Cancer Institute and Hospital (TMUCIH). To learn more about this important research collaboration, click here. His team is blazing the path for ovarian cancer patients by showing that one miRNA called miR-506 may be key to reducing the resistance that develops with standard platinum-based chemotherapy in OvCa patients.

In one crucial experiment, the researchers analyzed a collection of 92 OvCa tissue samples, from Chinese patients treated at the TMUCIH. This invaluable tissue is stored at the cancer tissue repository, the TMUCIH–NFCR Joint Tissue Bank (NFCR is AFCR’s partner organization in the US.) This world class tissue bank has the clinical history of each patient annotated to their respective well-preserved cancer tissue sample, allowing researchers to relate their experimental findings on the tissue samples to the patient’s outcome with treatments. Their results showed that miR-506 expression in the samples was associated with longer overall survival duration in Chinese OvCa.

The researchers then conducted an impressive experiment in OvCa cell lines and established that miR-506 can inhibit a critical pathway that is known to cause the resistance to the standard “platinum-based” chemotherapy to treat OvCa.

The next-step experiment is to determine whether miR-506 can increase chemotherapy response in complex tumor models that closely mimics the disease in OvCa patients. Professor Zhang and his team have high hopes that that the results will further validate their findings from the OvCa tissue samples and the OvCa cell lines. AFCR funding will allow these dedicated scientists to proceed with these critical preclinical experiments that will determine whether MiR-506 is a valid approach for treatment of OvCa.

In 2006, Nobel-prize winning work led to discovery of non-coding RNA molecules called microRNAs (miRNAs). These short pieces of genetic code are able to silence the expression of hundreds of genes, at the same time. This unique ability to regulate multiple targets in cells, with the potential for enhanced biological effects, has made miRNAs promising as therapeutic agents. Conducting critical experiments to decisively prove that miRNAs could improve sensitivity to chemotherapy and reduce the resistance that develops in ovarian cancer would be a path towards developing new therapeutic approaches for patients.

Patients with advanced OvCa initially have a good response to the standard platinum-based chemotherapy. Unfortunately, many patients fear and with good reason, the dreaded return of their cancer and the accompanying resistance to the chemotherapy. This unmet clinical need of effective treatment for women with OvCa is causing an increasing number of them to have shortened lives. The significant amount of high caliber data that has been obtained already by Professor Zhang and his collaborators, and the clear path they have outlined for their current experiments, suggests that miR-506 is likely a potent new therapeutic tool for OvCa that can overcome the drug resistance and save lives.

Your ticket for the: Ovarian Cancer Research