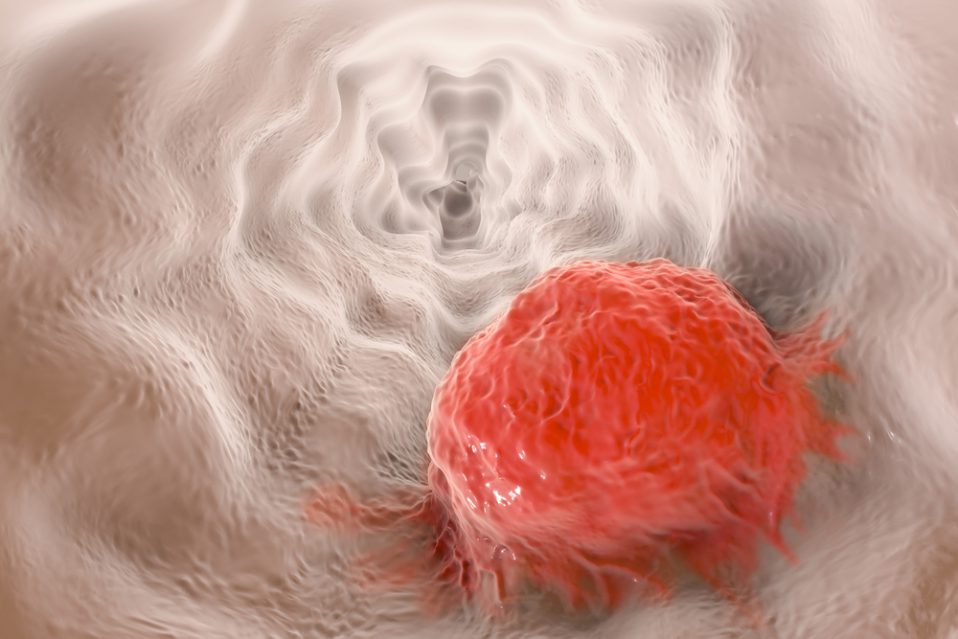 Finding a new way of understanding and attacking cancer

More than 80% of tumors originate in epithelial cells, the most common type of cells in the human body. They are found in a wide array of organs, forming the linings and surfaces of the skin, lung, kidney, liver, stomach, intestine, the reproductive system and more. Despite this variety, one thing that all epithelial cells have in common is “polarity,” meaning that one end of the cell has a different size, shape or function than does the other side. Polarity is what allows epithelial surfaces to carry out highly specialized functions, like digesting food or filtering blood.

The transformation of normal epithelial cells into cancer cells is most often accompanied by loss of polarity. The molecular process involved is highly complex, but because it is so fundamental to such a wide variety of different cancer types, understanding this process is critically important. So as to obtain a fuller understanding of the molecular mechanisms of cell polarity, the feature’s association with cancer, and whether and how maintenance of the former may ward off the latter, AFCR is supporting Dr. Mingjie Zhang, a renowned expert in cell polarity.

Dr. Mingjie Zhang’s research uses advanced biochemical, molecular biological and structural imaging technologies. He and his team aim to derive high resolution images and other evidence of polarity gene interaction so as to form an understanding of how proteins and other molecules maintain normal cell function versus their altered role when cancer-causing mutations occur.

One focus of Dr. Zhang’s is the elucidation of how proteins in the Hippo pathway, an important cell growth control mechanism, serve as a scaffolding in organizing and building tissue. His research on specific interactions between these proteins’ autonomous “WW domain tandems” and their respective targets is shining light on specific interactions that are critical for cell growth—both normal and cancerous. These efforts too are yielding new insight into interactions which could carry cancer therapy implications.

Other related research by Dr. Zhang and his colleagues focuses on how Eph receptors, one of the largest groups of multifaceted cellular signaling proteins, mediate cell growth, migration and invasion—and how these properties relate to polarity. Their investigation into Eph protein’s binding domain, known as SAM, has already revealed that many mutations occur therein within tumorous cells. Pinpointing the positions that affect Eph receptor binding could point the way to future cancer treatments.

The deregulation of epithelial cell polarity is a major cause of many types of tumors in humans. In adults, tumor formation and metastasis is invariably associated with the loss of cell polarity. Therefore, understanding the molecular mechanisms underlying the establishment and maintenance of cell polarity represents an important area in cancer research. Dr. Zhang and his team’s research may provide scientific grounds for the development of new therapeutic methods for many types of cancer.

Your ticket for the: Cell Polarity Proteins in Epithelial Cancers