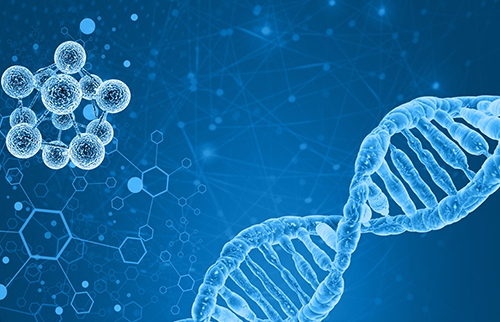 Years of AFCR Funding: Ongoing since 2018

Esophageal squamous cell carcinoma (ESCC) is an all-too-common disease in China, where it ranks fifth in cancer incidence and fourth in cancer mortality. Early detection, diagnosis and treatment of ESCC is of critically high importance in saving patients’ lives.

Pre-surgical determination of staging of early ESCC via an endoscopy ultrasound (EUS) exam is commonly employed to guide in the assessment of appropriate treatment options. Stage T1a, wherein cancer is detected in the mucosa layer of cells, requires a simple surgical resection, whereas stage T1b, with cancer evident in the deeper, submucosa, layer of cells, can involve invasive surgical removal of the esophagus and lymph nodes.

Due largely to the esophagus’s thick walls, EUS procedures can yield limited resolution findings. This is a major cause of inaccurate stage designation by doctors, with endoscopists tending to over-report T1a as T1b when they are not certain. As a result, T1a stage patients, imprecisely determined to be at the T1b stage, may incur unnecessary esophagostomy—a tragic consequence to overly conservative medical diagnoses.

To improve the accuracy and effectiveness of the EUS exam for early stage ESCC in the Chinese population, and to reduce unnecessarily severe invasive treatments for patients, AFCR is supporting a clinical study led by the highly-experienced physician¬scientist Dr. Jian‑Jun Li.

Dr. Li and his team have shown that a saline injection into the submucosal layer of a patient’s esophagus during the pre-surgical EUS exam improves the resolution needed for more accurate sub-staging of early ESCC. No significant damage to human tissue is caused by this technique. And in a small study of 15 patients with early ESCC, this approach resulted in an accuracy of diagnosis as high as 85%—a significant improvement over the norm.

Dr. Li and his team are conducting a clinical study to evaluate if such procedures are, indeed, as effective as initial results have shown. A large clinical study of 200 early stage ESCC patients is ongoing, with patients divided into three treatment groups: EUS with saline injection, and two control groups—EUS without saline and or EUS with so-called narrow band imaging (NBI) system imaging enhancement. The EUS diagnosis of this study is subsequently being compared to the diagnosis from follow-on pathology results.

Accurate progression diagnoses—stage T1a or stage T1b—are vital to the development of suitable treatment options and accurate prognoses for esophageal cancer patients, while too critically impactful on these persons’ future quality of life. Dr. Li and his colleagues will within two years complete a study that may demonstrate that EUS, combined with saline injection into the submucosal tissue layer, can be an effective, inexpensive and preferred method of diagnosing early stage ESCC. During subsequent months of positive findings, the team will promote the procedure’s effectiveness, allowing more patients in China to benefit from improved staging of early ESCC—and significantly reducing rates of unnecessary invasive surgeries.

Your ticket for the: Improving Diagnosis of Early Esophageal Cancer