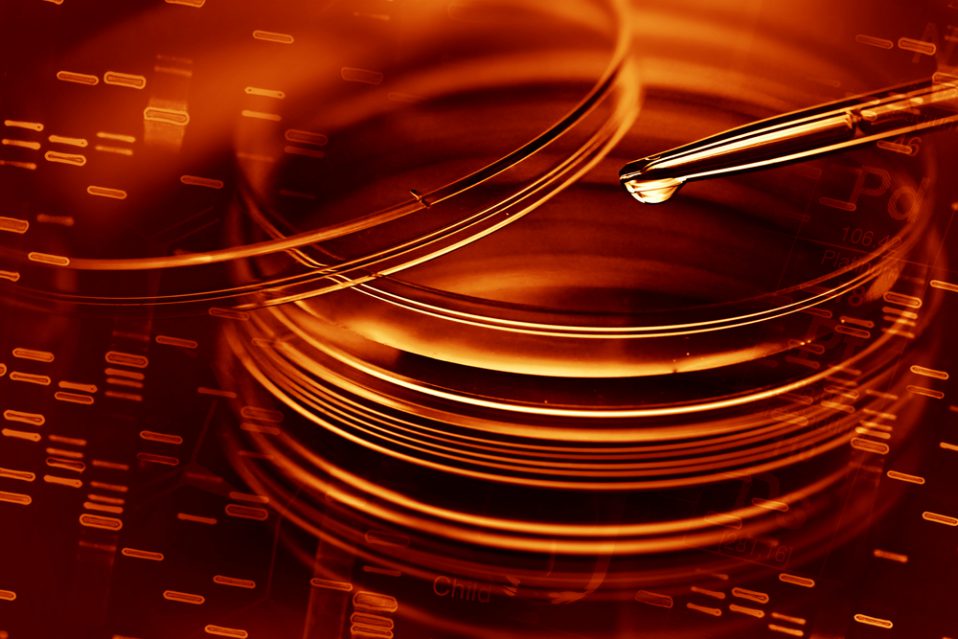 Years of AFCR Funding: Ongoing Since 2017

Developing next-generation Inhibitors to one of cancer’s major pathways

The Ras/Raf/MEK/ERK pathway is a cascade of proteins that turn on gene regulators, playing a central role in cell growth, specialization and survival. Tightly and precisely controlled in normal cells, hyper-activation of the pathway caused by DNA mutations are found in more than 40% of human cancers, including melanoma, papillary thyroid tumors, serous ovarian tumors and colorectal tumors. Cells over-proliferate and escape from the normal route of cell death, yielding tumors.

Unfortunately, currently available therapies—Raf and MEK inhibitors—have not been very successful due to common and rapid drug resistance. Patients’ lives are extended usually by only six months.

In order to obtain a better understanding of why cancer cells with genetic alterations in the Raf/MEK pathway are resistant to inhibitors, AFCR is supporting the research of an expert, Dr. Jiancheng Hu. With a fuller understanding of how the various components in this chain of proteins interact with each other, in both normal and cancerous states, drug targets can be tested and new treatments which disrupt the pathway can be explored.

Tumors with mutations activating Ras protein form a super complex of Raf and MEK proteins and other components, reducing affinities of the inhibitors and causing intrinsic drug resistance. Dr. Hu’s team is using the cutting-edge gene editing method, CRISPR, to manipulate this super complex, identify its components and explore effects. Once established, the role of each component in drug resistance will be analyzed in tumor models and cancer cell lines.

Using a structure-based drug design method from computer modeling, Dr. Hu is developing small molecule inhibitors to disrupt the Raf/MEK super complex. The most potent inhibitors are being tested in models derived from cancer patients’ cells which best mimic the human disease. The most promising of these will be further researched for their potential as viable candidates able to counteract the acquired resistance common to patients treated with current generation Raf and MEK inhibitors.

Nearly half of all cancers are triggered by hyperactive Ras/Raf/MEK/ERK signaling. Cancer cells with mutations that activate Ras are resistant to the currently available inhibitors, causing patients to experience acquired and intrinsic resistance. The execution of this research by Dr. Hu and his team of researchers—scientists with very strong backgrounds in molecular biology, biochemistry, cell biology and cancer pathology—could propel development of next generation inhibitors which interrupt the resistance mechanisms to current cancer therapies. Approaches that halt this resistance could significantly improve treatment outcomes for many cancer patients whose tumors contain aberrations of this common signaling pathway.

Prof. Smith is celebrated in the field of organic chemistry with his history in the area of complex molecule synthesis, specifically of anticancer compounds. A collaboration between the Smith and Hu labs could propel the needed research to complete the development of the next-generation of Raf/MEK inhibitors and potentially impact numerous patients with an effective treatment without the major clinical problem of drug resistance.

AFCR is now supporting Prof. Smith‘s team of chemists and they have developed an efficient process synthesis of the lead candidate made by Prof. Hu’s team. This will allow the chemists to synthesize large amounts of the compound for further biological testing. The chemists are also designing and synthesizing a library of new small molecule agents that will have various modifications of the specific molecular parts of the lead compound. These compounds will be used to probe the structure of the target proteins in the cancer cells. Prof. Hu’s lab will test the small molecules in cancer cell lines and mutated xenograft mouse models, and patient-derived xenograft models. The compound with the highest therapeutic potency with minimal adverse effects can be determined. Click here to learn more about the collaboration.

Your ticket for the: Ending Drug Resistance to Major Cancer Pathway