The BRACE Award Venture Competition is open for application! 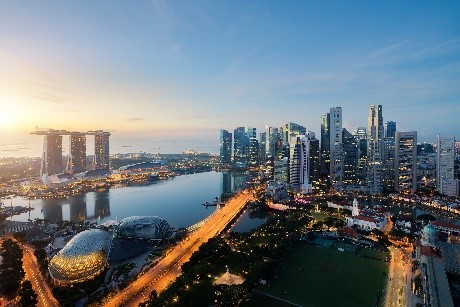 The Asian Fund for Cancer Research (AFCR) introduced Bridging Research from Academia to Cancer Entrepreneurship on Thursday, September 19, 2019. The program was inaugurated in Singapore as the first of what will be a series of BRACE Award Venture Competitions throughout Asia. Conducted over the course of the day, the event culminated in the selection of the cancer research project presented by F. Joel Leong, M.D., Ph.D., chief development officer at A*STAR’s Experimental Drug Discovery Centre, as its winner and the project presented by Volker Patzel, Ph.D., assistant professor at the National University of Singapore’s Yong Loo Lin School of Medicine, as its runner-up.

The awardees, along with those selected at future BRACE Award Venture Competitions, will be introduced by AFCR to its funded scientists, scientific advisory board members and other affiliates pertinent to their research, including fellows of U.S.-based NFCR. In addition, start-up firms which license the projects or are formed to further develop them can in the future compete for multiyear recoverable translational research grants or equity investments.

“We are tremendously excited to have held so successful an inaugural BRACE Award Venture Competition,” said AFCR Chief Executive Officer Sujuan Ba, Ph.D., the organization’s founder. “This new program aims to raise the profile of lab breakthroughs which can anchor future novel cancer therapies and other technologies.”

“The BRACE Award Competition program will certainly help catalyze laboratory cancer research in the region,” expressed AFCR Chairman of the Board Gary Gee Nung Wong, a partner of Hugill & Ip Solicitors, which, along with NFCR and Esco Ventures, sponsored the event.

Your ticket for the: September 2019 BRACE Award Competition