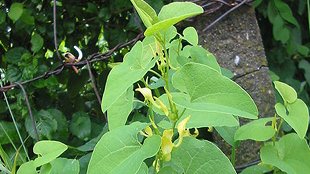 Many people assume that anything herbal or natural would be good for health. But two recent studies suggest that “natural” doesn’t always mean “healthy,” and certain natural products could even be harmful.  Results from the two studies show that plants of the Aristolochia genus, which have for centuries been used in Chinese herbal medicine, contain a natural compound called aristolochic acid that is extremely carcinogenic and causes mutations in the cells of people who consume them.

In these two separate studies, scientists analyzed the genome-wide mutations in patients with urothelial carcinomas of the upper urinary tract (UTUCs) who had known exposure to aristolochic acid.  The two reports found that the number of mutations in the genomes of the cancerous cells was unusually high—far greater than that seen in lung cancers caused by smoking or in melanomas caused by UV exposure.

In addition to causing cancer in the upper urinary tract, aristolochic acid may also be associated with cancer in the liver and other organs. The sequencing of other cancer genomes will reveal whether this is indeed the case.

Fortunately, aristolochic acid has been banned in China and most other countries since 2003.  But it is still readily available and many people may simply not know about the risk.  It is thus important for the general public to raise awareness of the harm of this natural product and use caution when choosing herbal remedies for treating their illnesses.

Your ticket for the: Does “Natural” Always Mean “Healthy”?