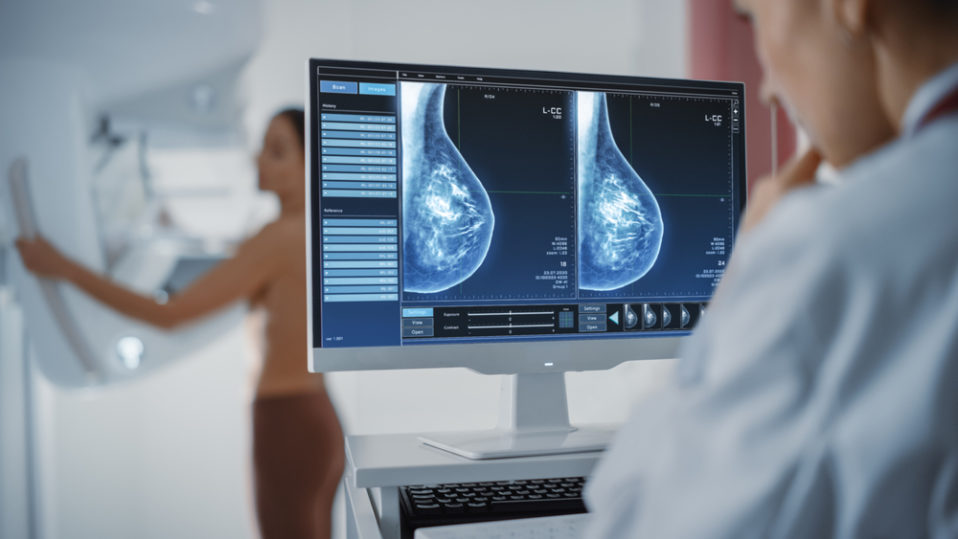 One mammogram every two years doesn’t sound so bad – but what happens if a woman skips one? A recent study warns that skipping just one mammogram before being diagnosed with cancer significantly increases a woman’s probability of dying from the disease.

Mammograms allow medical professionals to examine an x-ray of the breast tissue and look for any abnormalities or hints of cancer that other methods may not be able to detect. Having regularly scheduled mammograms presents an opportunity for early diagnosis, which significantly increases the chance for successful treatment. As signs and symptoms are often difficult to observe at early stages, mammograms have been the gold standard used for cancer detection and may reduce mortality by up to 40%. Because of this, we recommend that women aged 50-74 undergo a mammography every two years.

In this ground-breaking study, a research team led by Stephen W. Duffy and Laszlo Tabar analyzed data from nearly 550,000 women with access to mammograms between 1992 and 2016. This data was divided into two groups – women who attended the two of the most recent mammograms before being diagnosed with breast cancer and those who did not.

The team discovered that the group who did not attend the two most recent mammograms before their diagnosis were more likely to have died within 10 years of being diagnosed. The significant findings showed that 50% more of these group members had died than those who attended both most recent appointments. Overall, women who attended only one of the two breast cancer screenings had 29% higher mortality than those who went to both.

While the research team anticipated a higher mortality rate among women who missed even one mammogram prior to their diagnosis, the size of the effect was astounding. As researchers unveil more evidence to highlight the importance of mammograms, however, medical professionals continue to identify a decrease in the number of women who undertake regular screenings. Tragically, the current pandemic has also caused a significant decrease in the number of women attending their regular mammograms.

Duffy, Laszlo, and their team hope their recent findings will inspire women to keep up-to-date with their mammogram appointments, and plan to continue further prognostic research into the mechanisms of this effect. The team will explore to what extent regular attendance improves the prognosis of interval cancers as well as screen-detected cancers.

While the world eagerly awaits the next report, it is vital that women continue adhering to the current mammogram recommendations. Those with questions regarding their personal situation and recommendations should speak to their general practitioner about their situation.

Your ticket for the: Don’t Delay: Skipping One Mammogram Can Significantly Increase Risk of Death from Breast Cancer